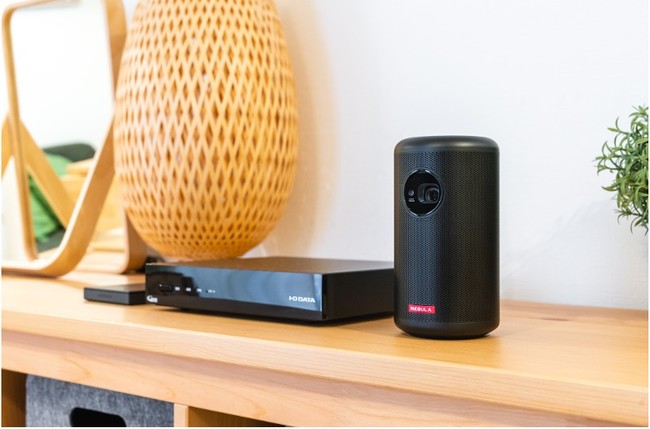 Anker Japan announced on October 29 that it has become possible to watch TV on Anker’s projector brand Nebula series in collaboration with IO DATA.

The device on the IO DATA side is compatible with the REC-ON series of recording TV tuners. Connect the TV tuner to Wi-Fi, install the REC-ON App on the smartphone connected to the same Wi-Fi, and specify the Nebula projector with the dedicated app REC-ON cast installed as the TV playback destination. ..

The projector and TV tuner do not communicate directly, but a smartphone is inserted in the middle and cast from there. After casting, the smartphone app will work in the background, but you need to change channels etc. from the smartphone app.

The REC-ON cast itself can already be used on Fire TV etc., but it will be a big update that it will be available on a portable projector. You can easily enjoy movies and dramas not only in the living room, but also in the kitchen, bedroom, and other places where you don’t usually have a TV.