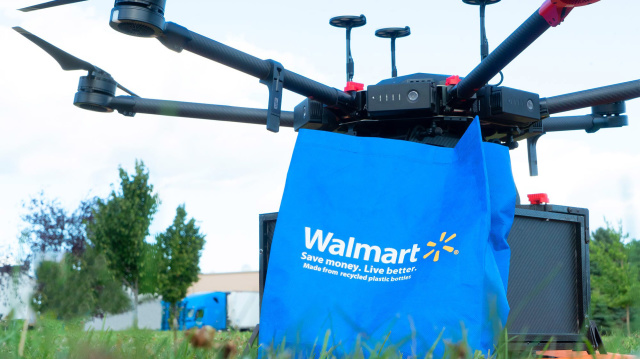 Wal-Mart, a major US retailer, has announced that it has partnered with life-saving venture Zipline to begin drone delivery operations in the United States.

It is intended for on-demand delivery of health and wellness products and began piloting in early 2021 near Wal-Mart’s headquarters in northwestern Arkansas. It is stated that it can be delivered within an hour within a radius of 50 miles (about 80 km).

Zipline is a US company based in Rwanda, East Africa, and has been operating locally since the end of 2016. It is known that drone delivery has significantly reduced the time it takes to transport blood packs to hospitals . In addition, it has delivered more than 200,000 important medical products to medical facilities in multiple countries.

Earlier this year, the company announced that it would partner with a hospital system in North Carolina to provide non-contact delivery of medical supplies and personal protective equipment. This partnership with Wal-Mart marks the first step towards operational across the United States. The drone can carry up to 4 pounds, fly at 80 mph, and is parachuted in front of the customer’s door in the ordered goods or delivery box. ..

On the other hand, Wal-Mart is also one of the major retailers that has been testing drone delivery since 2015. Recently, startup Flytrex’s autonomous drone has announced a small pilot program in North Carolina to deliver “selected groceries and household items.”

And Wal-Mart’s biggest rival, Amazon, also announced the commercialization of drone delivery in June 2019 . It was supposed to start in some cities in the latter half of the same year, but it has not been realized yet. Finally, last month, the US Federal Aviation Administration (FAA) approval for drone delivery paved the way for pilots .

Drone delivery has finally become a reality, but as we see the current situation in the United States, which is taking a considerable amount of time, it seems that it will be difficult to realize in Japan, where there are many regulations.