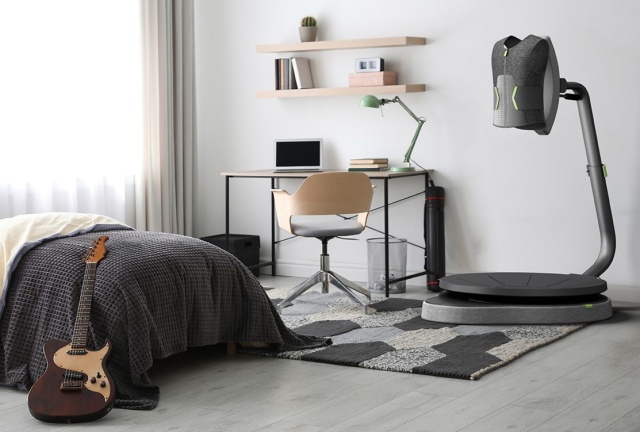 Virtuix of the United States plans to release Omni One, a walking VR device for home use, in the latter half of 2021. The price is 1995 dollars (about 210,000 yen). It is a device with an arm etc. on a round table on the right side in the above picture.

Most recent VR devices support 6DoF (6 degrees of freedom), and although they can move around freely in VR, they are restricted by the size of the physical room. If you play in a small space, you may hit a desk or drop something.

Walking VR devices are attracting attention to solve this problem. It realizes movements such as walking and running 360 ° without moving from the spot, and in 2017, the company’s Virtuix Omni was released in Japan as well.

In addition, the package includes a set of necessary items including a VR headset, and it is also a feature that you can experience VR by itself. No need to connect to a PC.

The compatible app side is cooperating with third-party developers, and it is said that more than 30 games will be prepared at the time of release.

However, to play the title online, it seems that you need a subscription contract of $ 55 per month in addition to the $ 1995 listed as the main unit price.

A $ 995 development kit is also available for developers. However, this does not include a VR headset, and a separate connection to a PC etc. is required.

When I hear about 210,000 yen, I’m afraid, but considering that high-end smartphones have lightly exceeded 100,000 yen, I think that it is a category that even ordinary households can manage.

The rest is whether we can secure a space to put this, but it seems that the size fits in 4 feet (about 1.2 m) in diameter. Even if you think about reaching out, a diameter of about 2m will be enough.

A walking VR device that seems to be useful not only for playing games but also for indoor walking and sports experiences. In the future, it may become more general like VR headsets.