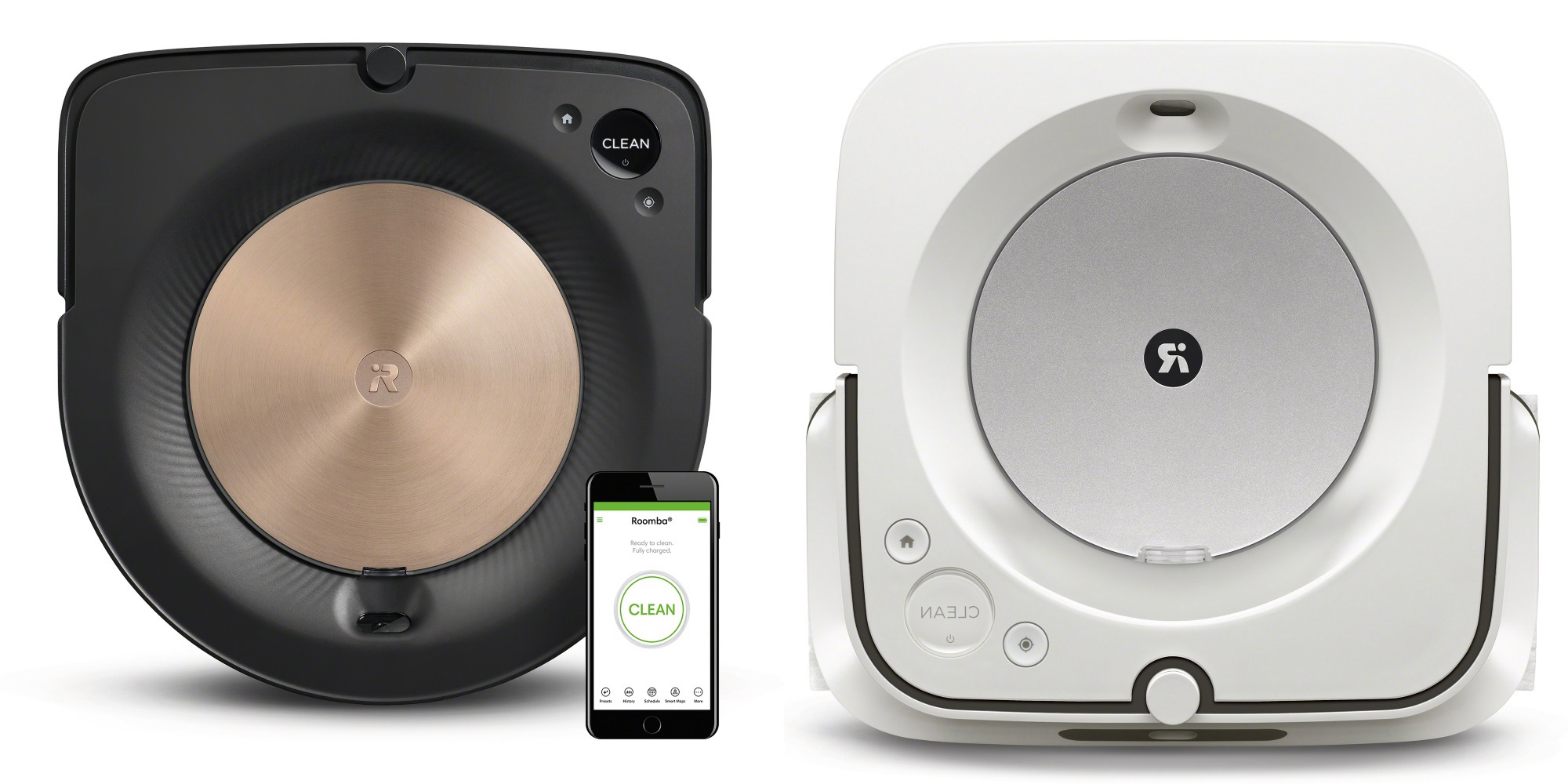 IRobot has announced a pair of new robots – a suction robot and a cleaning robot – that are able to communicate with each other to coordinate the house cleaning work automatically and independently.

Roomba s9 + is the first vacuum cleaner in the company’s history that is not served in a circle shape, which the company has insisted on so far, in favor of the D-shape identified with competitors Neato and Deebot. The company implicitly admitted in the announcement that this shape is more efficient when reaching corners, adding that it has equipped the robot with wide brushes in 30% of previous generations and a corner brush with 5 arms instead of 3, for even more efficient cleaning.

In addition to the new shape, the Roomba s9 + is also equipped with new mechanisms: a pumping mechanism 40 times stronger than the 600 series, and a navigation system called iAdapt 3.0, which has a 3D sensor that scans the room 25 times per second, maps it and detects obstacles.

Along with the new vacuum cleaner also comes a new charging station for automatic garbage disposal, similar to the one with which the Roomba i7 + was sold. In the new position, a bag is sufficient for 30 containers, so that it can only be emptied once every few weeks.

Image result for Roomba® s9
Braava jet m6 is the company’s largest and most advanced rinsing robot, which cleans the floor using dry and electrostatic or damp cloths – the remaining ones with the help of a liquid tank integrated in the body of the vacuum cleaner. It, too, is equipped with the iAdapt 3.0 navigation system, and sensors for detecting stubborn dirt, so it knows when to once again pass over a particularly dirty area.

Another technology that is integrated in the two robots is called Imprint Link, which allows them to communicate with each other. At the moment it is a very simple communication – the vacuuming robot informs the cleaning robot that he has finished his work to inform him that it is his turn. In the future, the company noted, communication between the robots may include more options, but since each maps the house differently, with Roomba mapping the floor and carpets, while Braava maps only a bare floor, they are currently navigating separately. The company noted that the Roomba i7 + also supports the technology, so that it too can coordinate pumping and cleaning with the current robot.

The robots will start selling abroad in about a week, when the prices will be about $ 1,000 for + Roomba s9 alone, about $ 1,300 for a vacuum cleaner together with the docking station and about $ 500 to buy the Braava jet m6. In addition, the company will sell packages for $ 8. 7 disposable cloths for the rinsing robot, which can be released at the push of a button into the tin at the end of the cleaning, or a pair of reusable cloths – dry and wet – can be purchased for $ 25.