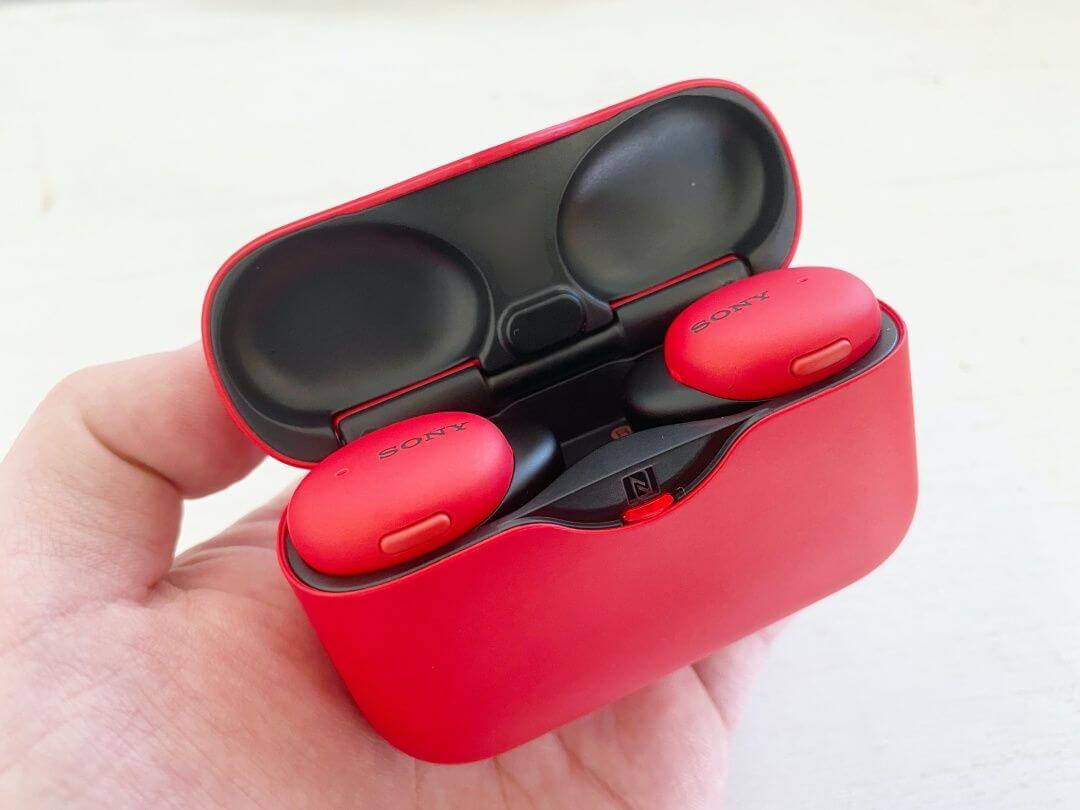 Six months have passed since the release of the WF-1000XM3, a completely wireless earphone that can be called Sony’s famous model. At the beginning of the sale, it attracted attention as it became difficult to obtain. At last, the writer tried to get it, but Sony will release a new product “WF-H800” that is likely to be popular again on February 29. The estimated tax-excluded price is 22,000 yen.

Before reviewing the WF-H800, we will briefly review the differences from the WF-1000XM3. The WF-1000XM3 (25,880 yen excluding tax) added noise canceling performance and left-right independent transmission to the features of a general complete wireless earphone that can be easily carried and carried by connecting via Bluetooth.

The WF-H800, on the other hand, will be released as a new product in the “h.ear” series. This product has more color variations than the WF-1000XM3 and has only the minimum necessary functions. I would like to take a closer look at how powerful that ability is.

First, when I got the WF-H800 for the first time, I felt the ease of holding the charging case. When not using a complete wireless earphone, many people carry it while charging it in its case.

size of the case has been reduced, so of course the earphone body has also been reduced in size and weight. Therefore, it does not have noise canceling or external sound capture functions.

It is hard to fall from the ear, but the wearing comfort seems to be individual

As with the WF-1000XM3, a structure that supports the ear at three points is adopted. For this reason, it is hard to come off from the ear, the degree of sealing is also increased, and you can listen to music concentrated.

I actually ran the park or along the river with the WF-H800, but I was relieved that I couldn’t get off the ears with Polon. Actually, I felt that the WF-H800 was more suitable for my ears than the WF-1000XM3.

Regarding the important sound quality of the WF-H800, while listening to a variety of music, I will tell you how to hear each instrument and what the overall balance is.

First, I listened to a song called “Shake It Off” by singer-songwriter Taylor Swift. The drums and brass band support the foundation, and the main vocals are mixed in layers, but with the WF-H800 you can not only hear the vocals firmly, but also the sounds of claps and snare drumsticks that take rhythm during the song Also expresses delicately.

Next, a song called “Turning Up” by the popular idol group Arashi. The pop and bright melodies are impressive, but the instruments that make up the song are very simple. The harmony of the five singing voices can be heard beautifully, but the fluctuations of the synthesizer flowing from the beginning and the beats of the four hits can also be heard in a well-balanced manner.

When I listened to the popular band “DREAMS COME TRUE” “anytime”, I could clearly hear the guitar cutting and backing vocals. On the other hand, in the second half I felt that the parts where the drums were folded and the strings (stringed instruments) that supported the whole were parts that I wanted to hear more.

I also tested other songs of different genres.

The song “Where Them Girls At” by David Guetta, who can be the spark of EDM (Electronic Dance Music), has an impressive up-tempo, powerful synthesizer and a distinctive rap.

This kind of music tends to suddenly raise the sound pressure at the stage of mixing (work to adjust the volume and balance of the whole song) compared to general pops, so depending on the music and listening environment, the sound will crack However, with the WF-H800, there was no cracking in the sound, and I was able to ride on the beat that echoed smoothly.

However, to put it the other way around, I want a synthesizer that occupies a little more bass and a four-beat beat.

I chose “Skyfall” by British female singer Adele as a calm atmosphere. This song was also used as the theme song for movie 007, and is composed mainly of orchestras with a grand scale.

When listened to on the WF-H800, this song sounds as comfortable as any other song, but expresses the swinging strings and the dynamics of the drums and piano that add sharpness to the song. Will give me

Finally, I listened to a jazz masterpiece on the WF-H800. “Take Five”, which has an impressive performance based on alto saxophone, conveys a light rhythm of five quarters. “Take The A Train” is a song composed of big bands, but I could hear the bass lines that are often buried in brass instruments.

So far, we have tried listening to various songs on the WF-H800, but as a general tendency, the main vocals of all songs are easier to hear than other completely wireless earphones, and the vocals are Even for songs that do not have sound, the low range and midrange are emphasized more than the WF-1000XM3, and individual sounds are well-grained in the middle and high range, and it is a clear sound like Sony.

The reason why these sounds can be enjoyed is thought to be due to Sony’s proprietary DSEE HX technology. In addition to compressed sound sources such as MP3 and AAC, sound sources including music and video streaming services are also upscaled to high-resolution equivalent (up to 96 kHz / 24 bit).

Moreover, the system which transmits the data from a reproducing apparatus simultaneously at right and left is adopted. After using it for a few days, I felt that there was little delay when playing music or videos.

There are some regrets, but it is also recommended as an introductory machine

Although I was very satisfied that the WF-H800 had low sound quality and few interruptions, I was worried that I couldn’t use wireless charging and that it was incompatible with waterproof and drip-proof. Considering the convenience of wireless charging, which can be charged just by leaving it, we want the next product to be compatible. I also want to be free from such stress, as I have completely dropped my wireless earphones into a puddle on a rainy day.

Nevertheless, the earphones can be charged simply by storing them in a special case, and the case itself can be charged with a USB Type-C cable, so it is almost stress-free.

▲ The case can be charged with a USB Type-C cable.

Usability is supplemented by physical buttons without a convenient touch sensor for playing / stopping and playing songs. In this regard, I had experienced the WF-1000XM3 first and felt inconvenient because the fit to my ear was lost when the physical button was clicked. In any case, multiple actions are assigned to the buttons, and it seems that you need to get used to the operability.