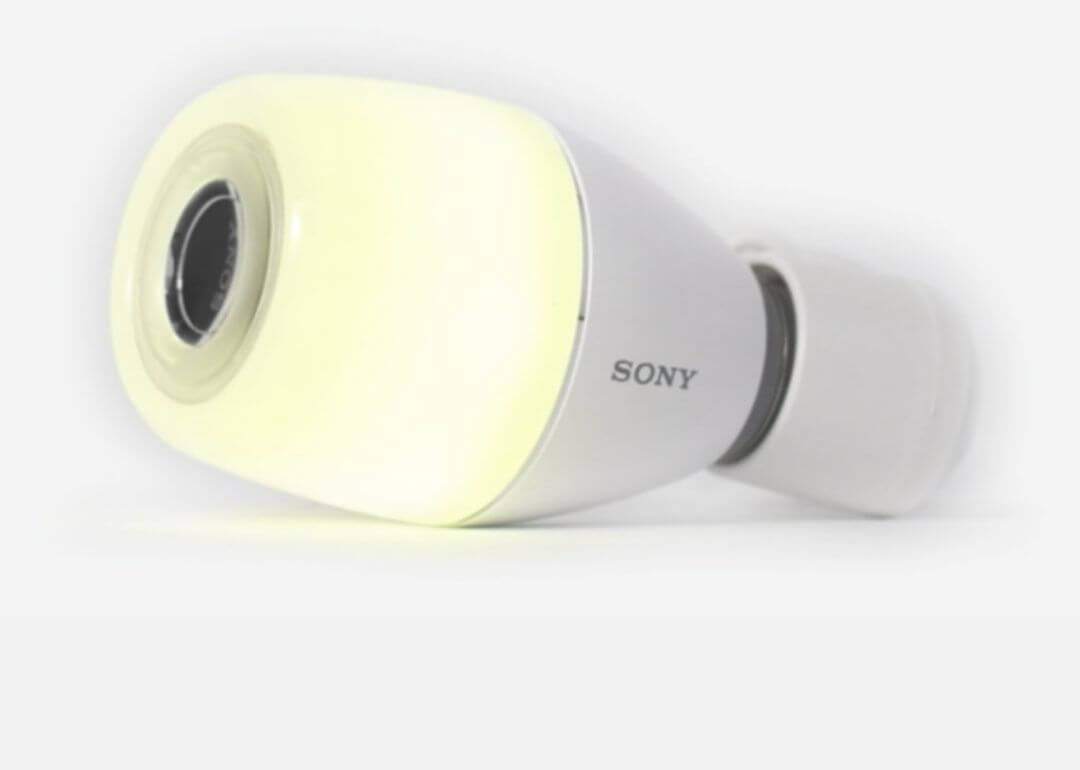 Sony Network Communications launched the LST-SE300 product that integrates an LED bulb and a speaker on April 30th. Although the price is open, the market price estimated by the manufacturer is around 18,500 yen (excluding tax).

The changes from the current model “LSPX-103E26” are that it newly has IPX4 equivalent waterproof and dustproof performance, and that the number of audio codecs has increased. In addition to the current SBC/AAC, Qualcomm’s aptX is newly supported.

The LED bulb speaker was originally released as a product intended for indoor use, but since this model is waterproof, it can be used outdoors without being affected by the weather by the effect of sound and light. Has become popular.”
However, when using it outdoors, a separate waterproof socket is required.

Regarding the sound quality, in addition to aptX support, the audio circuit design has been changed from the previous model, so you can enjoy clearer sound than the current model.

Since this unit also has the functions of “Sony’s wireless speakers”, it naturally supports NFC pairing. You can connect/disconnect/switch connection with one touch from pairing with Android smartphones.

Also, although the playback is basically monaural, it also supports “stereo mode” playback by connecting two units of this unit wirelessly. Play music in this mode to enjoy stereo sound.

Furthermore, the performance as an LED bulb has been updated. Specifically, the brightness has increased to 520 lumens and the basic color temperature has been changed to a more natural 2700 Kelvin. 32 levels of light control and 192 colors can be adjusted according to the scene