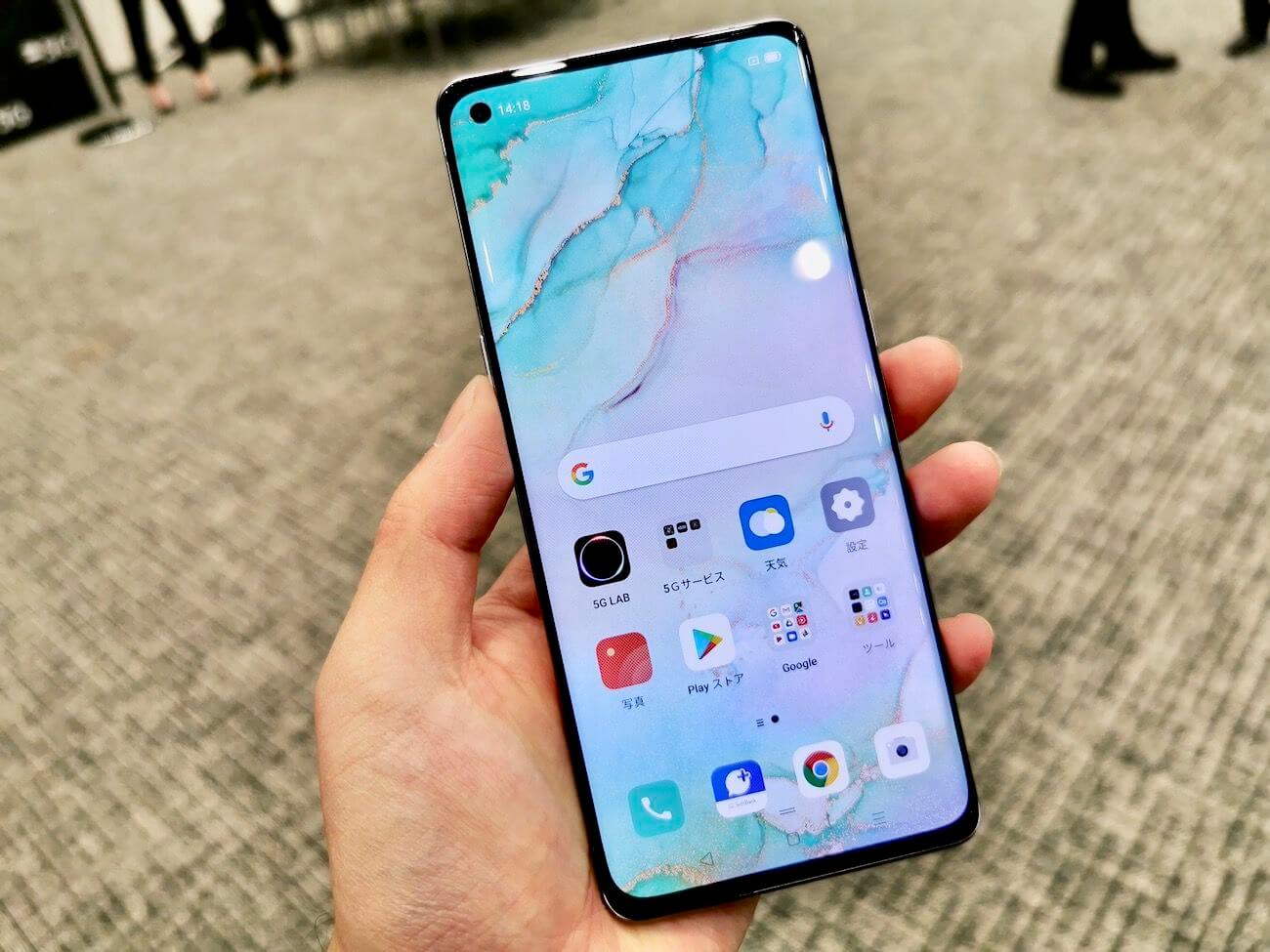 We had a chance to touch on the development machine of the OPPO Reno3 5G, a 5G smartphone for entry, which SoftBank will release in July.

“OPPO Reno3 5G” is a smartphone made by Chinese smartphone giant OPPO. This is the first SoftBank mobile phone in Japan to handle smartphones made by the company. Rakuten, which will fully enter the mobile carrier business in April, is also handling OPPO handsets as another model.

Impressions of the actual machine were “thin” and “light”. It is 7.8mm thin and weighs 171g. Compared to the iPhone 11 Pro Max with the same screen size of 8.1mm thin and 226g in weight, the figures stand out. I was worried that 5G smartphones would be “bigger”, but in terms of size they were just as good as 4G smartphones.

* Detailed design may change due to the development machine

The processor uses Qualcomm’s latest SoC “Snapdragon 765G”. It is one step worse than the latest “Snapdragon 865”, so it is not suitable for advanced gaming, but the SoC has unusual features. That is, the 5G modem is integrated into the SoC. Unlike Snapdragon 865, there is no need to mount a 5G modem separately from the SoC, so you can expect a reduction in power consumption during 5G communication by using a single chip.

Battery capacity is 4025mAh. It can charge 50% in 20 minutes and full charge in 56 minutes with its own quick charge. Other specifications include 8GB of RAM and 128GB of storage.

For 5G, only Sub-6 is supported. It does not support millimeter waves in the 28GHz band. In addition, it is said that it is compatible with bands that assume the conversion of 4G frequency band to 5G.

Ali is also a choice as a high cost 4G terminal

In this way, the latest trends have been sufficiently suppressed, and there is no missing part such as FeliCa compatibility, which is an impression of an OPPO terminal that is exposed to global competition.

The price has not been disclosed, but a SoftBank representative commented in an interview that “I would like to offer an affordable price as an entry model,” which could be significantly reduced.

As of this summer, the area is still 5G, but even without 5G, I felt that choosing this terminal as a 4G smartphone with high cost performance was enough.