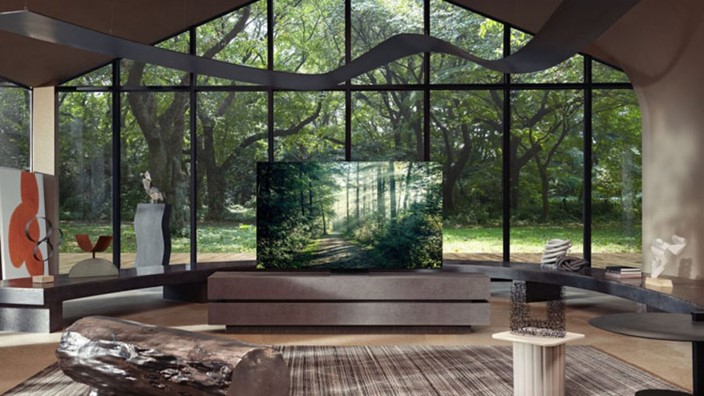 he Samsung released on Thursday (6) its new line of smart TVs and projectors in Brazil. The seven new models had already been announced at the beginning of March at the virtual event Unbox & Discover . The products, however, were only available on the international market.

Neo QLED TVs
QN900A and QN800A TVs are part of Samsung’s flagship TV lineup this year, Neo QLED. The models will have the new mini-LED technology, which ensures more brightness and contrast of the images, especially in dark scenes, when it is difficult to differentiate colors such as black, gray and blue, for example.

Equipped with a Neo Quantum processor, the TV delivers 8K resolution and will be sold in three sizes: 65, 75 and 85 inches. The company also brings additional features like Samsung Health, which provides feedback on physical activity, and the Super Ultrawide GameView, which allows the user to play using the 21: 9 aspect ratio, or on an ultrawide 32: 9 aspect ratio. . The devices in the new line are an impressive 1.5 cm thick.

In addition to the two models, the QN90A and QN85A, simpler versions of the new line, were also launched. With less powerful specifications, the two televisions will deliver 4K resolution, 120 Hz refresh rate and Quantum Matrix Technology processor. Both will be sold in four sizes: 55, 65, 75 and 85 inches.

New QLED
The QLED line – “family” that was considered to be the top of the South Korean brand before the Neo QLED – will receive three new models: Q80A, Q70A and Q60A. Regarding performance, the Q70 and Q80 models feature the Quantum Processor 4K processor , which promises faster and clearer images, with a refresh rate of 240 Hz. The Q60A model – the simplest launch among the three – on the other hand On the other hand, it has the Quantum Processor 4K Lite and must support the 60 Hz rate. In addition, they will not receive the new mini LED technology.

Lifestyle
The Frame is part of the Lifestyle line and, in addition to obviously being a TV, it should also function as a decoration piece. Its main highlight in relation to its predecessors is the Art Mode, which offers about 1,200 works by different artists. The model is only 3 cm thick, 4K QLED screen and will be sold in six different versions: 32, 43, 50, 55, 65 and 75 inches. The company also continues to offer customizable frames for the user to adapt the device to their home decor. The Frame has a suggested price of R $ 6,174.

The novelty of the Cystal UHD category is in the new Design Air Slim, which left the TV just 2.5 cm thick. The AU9000 and AU8000 models follow the traditional cable-free look and feature the Crystal 4K processor.

The Premiere Projectors
Among the launches are The Premiere LSP7 and LSP9 intelligent laser projectors. The first model can project a 120-inch screen with 4K resolution, ensuring more color accuracy and contrast of the images. The sound is 30W and the device is equipped with Samsung’s traditional operating system, Tizen . The user can also count on voice assistants like Bixby and Alexa .

LSP9 is more powerful. The 130-inch projector has triple laser technology , which ensures more vibrant and realistic colors. In addition, the user will be able to enjoy the device even in high light environments. This is because the projector has 2,800 lumens, ensuring full visibility of details in the scene. The sound is also more powerful, with 40W.