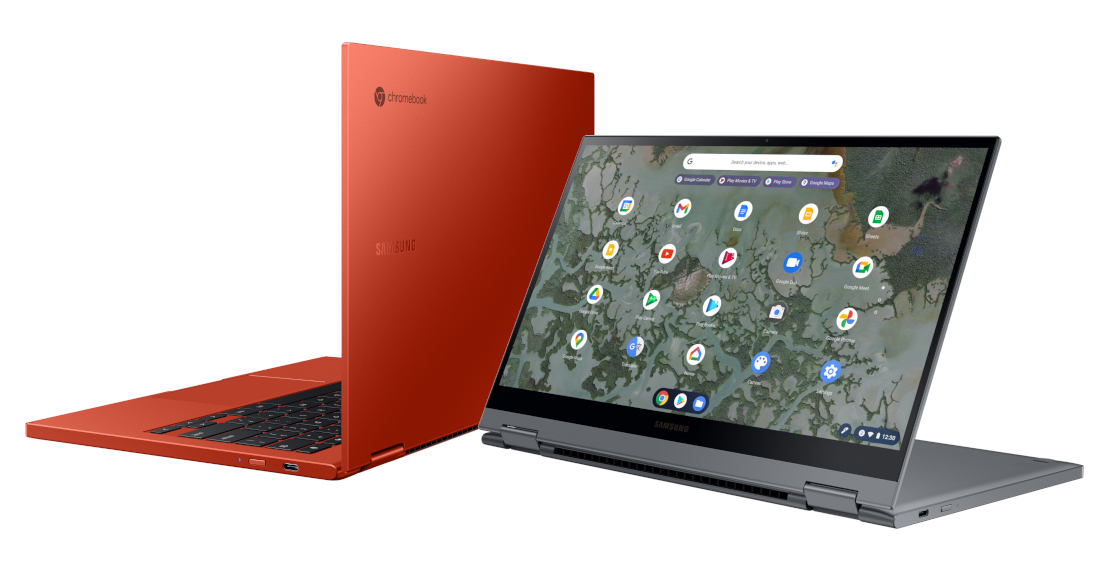 This Thursday (7), Samsung introduced the world to its new Galaxy Chromebook 2. The device retains the main qualities of its predecessor, perfecting the already known premium experience with its QLED screen , new in the category. Well received by expert critics, the new device from the South Korean giant strengthens its presence in the Chromebook market , where it has been operating since 2011.

With its portability-oriented configuration, the Galaxy Chromebook 2 has two processor options, both from Intel, namely the Tenth Generation Core i3-10110U or the more modest Celeron 5205U, with up to 8 GB of RAM. It is possible to choose between the options of 64 GB and 128 GB for its storage, expandable through microSD memory cards.

However, the highlight of the new Galaxy Chromebook 2 is its 13.3 “FHD screen, 1920 × 1080 pixels, with QLED technology and touch sensitivity. This new addition allows the device to offer a superior visual presentation, ideal for the consumption of entertainment media – varying the sales niche beyond the corporate focus. In terms of sound, it has a dual speaker system Smart AMP, with 5W and 178% more power than common amplifiers.

For your operating system, the Galaxy Chromebook 2 integrates Google’s Chrome OS and the Galaxy ecosystem, already known to Samsung users. The union between them is done with mastery, being possible to connect other Galaxy devices with just a few clicks – or touches – without difficulties. The presence of Google Assistant, already integrated into the system, is the ‘icing on the cake’ and completes the range of functions with the possibility of searches and commands using only the voice.

At just 13.9 mm thick, the new Galaxy Chromebook 2 will be available in the colors ‘ Fiesta Red ‘ and ‘ Mercury Gray ‘ and still has no price or release date confirmed by Samsung.