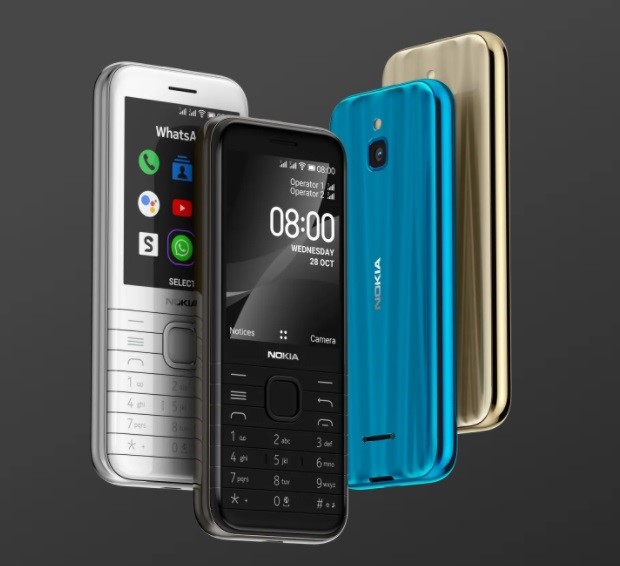 HMD Global, currently owner of the Nokia brand , has launched two more simple and affordable cell phones (“feature phones”) with modern features, for those who do not want to be left behind in technological innovations, but are not a fan of more complex smartphones.

The models are the Nokia 6300 4G and Nokia 8000 4G, which “combine modern connectivity with the manufacturer’s trusted heritage”. As the name suggests, both have the most popular mobile connectivity on the market today, 4G – which can even serve as a Wi-Fi hostpot for you to share the internet with other devices.

Both bring the KaiOS operating system (which has been shown to be quite popular on less demanding devices) and social networking and messenger applications such as WhatsApp, Facebook and YouTube. The models also have Google Assistant and Google Maps integrated, as well as a physical keyboard.

The Nokia 6300 4G is one of the modernized re-releases of HMD Global, as well as the indestructible 3310 and the “Banaphone” . The original model came out in 2006, just before the arrival of smartphones. This model is equipped with the Snapdragon 210 and maintains the classic look.

The Nokia 8000 is a little more elegant, with a 3D curved glass finish to improve ergonomics, with a 2.8 “screen.

Sales will be made only in “selected markets” and, at least at this moment, do not include Brazil. For the time being, the country has received only the company’s smartphones, such as Nokia 5.3 .