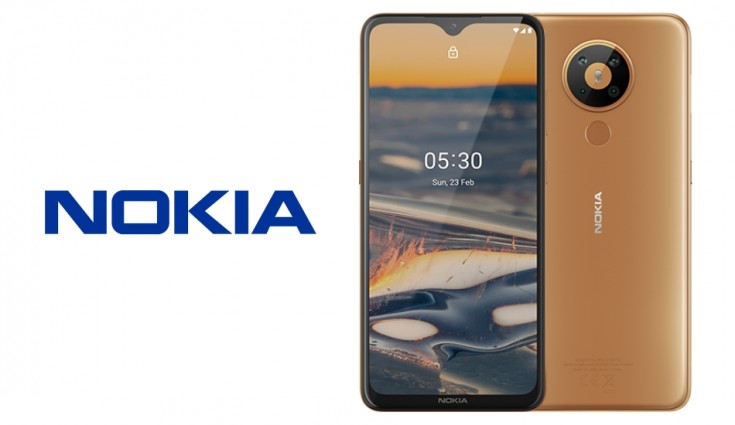 One of Nokia’s next releases , currently licensed by HMD Global , is expected to be Nokia 6.4. The first renderings of the smartphone were released, confirming its look. The leak is authored by Steve Hemmerstoffer of OnLeaks .

In terms of design, it is noted that the device has relatively thick edges, in addition to a drop-shaped notch in the upper central part of the display.

The rear reveals the rear set of cameras in a circular module, with space for four sensors – the LED flash is double and is just below. There are still no details about the resolution or what types of lenses.

According to the sources consulted, the model will have a 6.45 “screen and the following measures: 16.4 x 7.68 x 0.92 cm – being slightly larger than its predecessor. The biometric reader is next to the on the right side of the device. There is also a physical button entirely dedicated to Google Assistant .

The model name has not been confirmed, but it is the successor to Nokia 6.2 . In addition, the brand skipped a number and jumped straight to the “X.4” version on other devices, something that should be repeated in this case. In previous leaks , still called Nokia 6.3, it is said that it must run from the Snapdragon 670 or 675 processor and not have support for 5G.

It is worth remembering that Nokia returned to Brazil thanks to a partnership with Multilaser and launched cell phones in the country again. The most recent launch of the brand around here was Nokia 5.3 , in November 2020, for R $ 1,899.