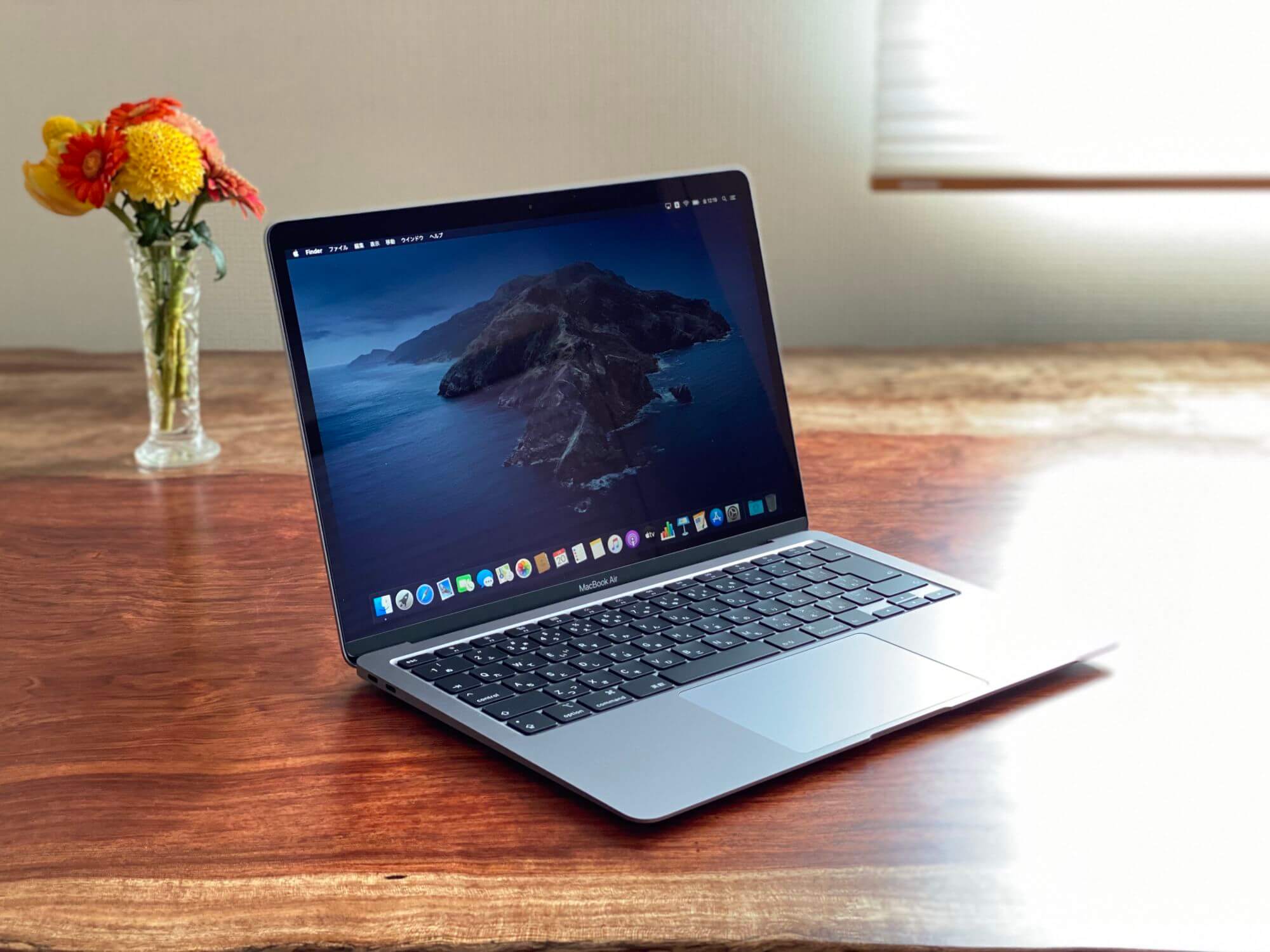 Many reports have already been published, so I would like to write about the new MacBook Air simply and from my own point of view. If you ask, “I want to buy a Mac anyway, what’s better now?” I would recommend the new MacBook Air without hesitation. Previously, I was at a loss with the 13-inch MacBook Pro model, but I felt that this product had a wide range of applications.

First, the parts that were as expected.

My personal expectation was the keyboard. Currently, my personal MacBook Pro 13-inch model has an ultra-thin butterfly structure with a stroke of only 0.55 mm.

In fact, once you get used to it, the touch itself is comfortable, and you can type with minimal effort and finger movement. Actually, I really liked it. On the other hand, it is also true that there were voices such as “noisy” and “fragile”. In my case, whether the typing power is strong, the mechanical part often breaks and causes the phenomenon of chattering, and when I go to the Genius bar at the Apple Store, I can remember the face, “Mr. Honda, are you replacing the key top?” It’s said …

Aside from this, the return to the scissor structure this time, and not only returned, but also the parallel stability of the key top comparable to the butterfly structure, the rubber dome that realizes a solid touch, etc. were brought in, and it has a high reputation It has the same touch as the 16-inch model.

In fact, there is no Touch Bar, which is what some people prefer. Although there is a slight difference in keystroke sound, it feels almost the same as the MacBook Pro 16-inch model. Strokes increase to one millimeter, keystrokes are quiet, and the feel when striking the bottom is soft.

In order to adopt this keyboard, the main body is 0.5 mm thick at the thickest part, but in fact you can hardly see the difference even if you line up all models. The difference in weight, which differs by only 40 grams, is similar.

The 12-inch MacBook is no longer in the catalog, so now only the 13-inch MacBook Pro is the only model with a butterfly keyboard.

That means … oops, it looks like someone has come …
Aside from evil thoughts, it is thought that it is likely to be resistant to breakdowns, etc., so I work by typing and it makes me want it alone.

When the previous model, which was a full model change, was announced, I mentioned the points of evaluation of the MacBook Air as follows.

It is such a place. By the way, MacBook Air is said to be a representative of thin notebook computers, but MacBook Pro is thinner than the thickest part.

However, there was already a concern about the problem of the butterfly structure keyboard at this time, and after the launch, a quad-core version was introduced to Amber Lake of the Y processor, but it was not adopted for the MacBook Air. There was also a part where I felt “anxiety about”.

Although it can be used satisfactorily when used, it is somewhat uneasy. So even among those who are considering MacBook Air, those who want higher specifications often chose MacBook Pro while thinking that there is no need for it. At least I was.

However, in the new model that has become the 10th generation Intel Core (Ice Lake), there is no need to get lost. That’s because the new model has the same “flash” as the MacBook Pro.

In addition, the generation of the built-in GPU has advanced by two generations, so the GPU performance has dramatically improved. As far as the results of the Geekbench Metal operation tests are concerned, the results are better than the MacBook Pro. The Core i5 model tested is about 8500 compared to about 4000 for the conventional model. The MacBook Pro 13-inch model (2018 Late) is about 6000, and even the current model is at most 7,000.

If you have such instantaneous power and GPU computing ability, you will not be dissatisfied with buying any depending on your budget and needs, whether it is dual core or quad core (Core i3 model has 2 / 3 performance, but still comparable to MacBook Pro). This time, the SSD of the low-end model has been increased to 256 GB, so I think that you can be more satisfied with any choice. The product is said to be “you can buy it as you like” without any comment such as “I think this is the case in this case ~”.

So, the MacBook Air has become (and I think) the number one Mac to recommend to others, but if you buy it yourself, choose the Core i5 model.

Core i3 is sufficient for creating general documents, utilizing the Internet, and using a solid personal computer. Since there is instantaneous power anyway, high responsiveness should be fully expected. Considering the personal computer that students get when they enroll, the seasonal pattern, Core i3 is perfect, but the pure price difference between Core i3 and Core i5 is 10,000 yen.

When you buy a personal computer for yourself, wouldn’t you like to add 10,000 yen to quad core? By the way, if it becomes Core i7, it is 15,000 yen, so for me this is a “pass”. The SSD unit price is lower than before, so it is better to allocate a budget there.

So, considering that the price of upgrading the SSD from 512GB to 1TB seems to be as cheap as 20,000 yen, you will order Core i5 model with 1TB SSD. In fact, the biggest question is whether you need 16GB of memory. I thought 16GB would be nice for video editing, but for full HD, surprisingly 8GB is enough. The price difference here is 20,000 yen, so you will probably add yourself.

In the future, the MacBook Air will be the longest-running chassis platform as a standard Mac with the widest range of applications as a notebook Mac. However, I don’t think that only one product with a butterfly structure keyboard will remain as it is.

Considering that it is a model for Pro, I feel that it is likely that a higher-level product of the new MacBook Air will appear at WWDC 2020 when online holding is decided.

Actually, the new MacBook Air. Single-threaded performance is good, but multi-threaded is slightly slower (it doesn’t mean lower performance). In this regard, it is natural to think that a compact machine that can withstand the increase in overall processing capacity and endurable heavy processing will appear separately.