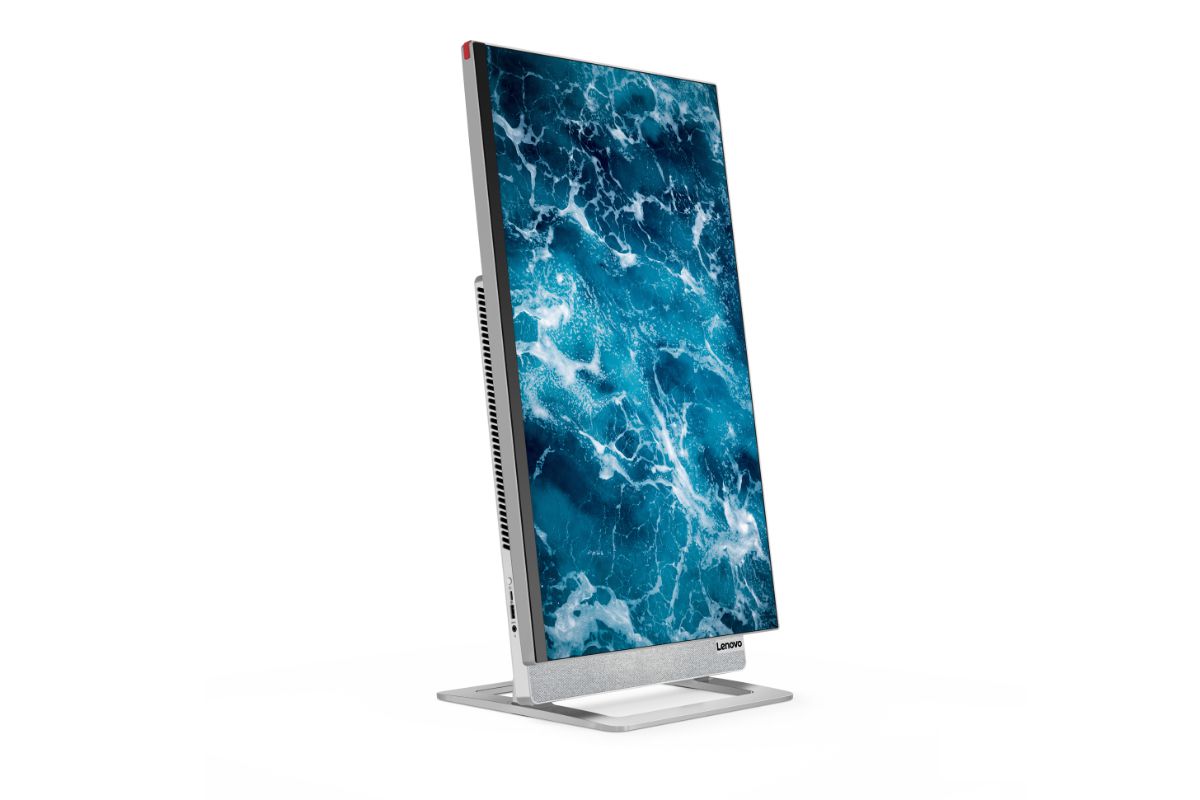 One of Lenovo’s innovations during CES 2021 will be the Yoga AIO 7 all-in-one computer . The highlight of the model is the 27-inch swivel screen that can be held upright. A very rare concept among PCs in the same category.

The resource is ideal for those who edit long texts and diagram newspapers or magazines. According to the brand itself, it can also be used for entertainment, such as watching videos on the TikTok social network or following the Twitter news feed .

The Lenovo Yoga AIO 7 will hit the market with two options of 4K IPS monitors. In addition to the regular version, there is a screen model that meets the Adobe RGB and DCI-P3 color standards – suitable for users working with image editing.

Consumers will also be able to choose between the Ryzen 7 4800H and Ryzen 5 4500H processors, both manufactured by AMD . In addition, the computer will come with Nvidia’s integrated RTX 2060 graphics card .

Finally, Yoga AIO 7 can be connected to a notebook via the USB-C cable. This way, the user can control the complete hardware of the all-in-one – screen, speakers, mouse, keyboard and even HD – directly from the second machine.

With the name Yoga 27, the Lenovo Yoga AIO 7 has been available in the Chinese market since November 2020. According to the brand, the all-in-one will be launched in “selected markets” from February this year.

The first information reveals that the computer will be sold from US $ 1,599 – about R $ 8,620 in the direct conversion between currencies. Therefore, the values ​​may vary according to the hard drive settings and options.