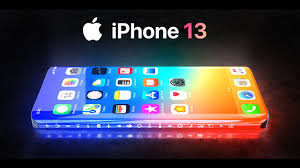 A notch at the top of the screen that appeared on the iPhone X in 2017. This has been passed down to successive flagship iPhones, despite various opinions.

However, it is rumored that this notch will finally become smaller in the 2021 iPhone 13 series (provisional).

In the first place, this notch is a space for storing various sensors and parts such as the TrueDepth camera that is essential for Face ID for face recognition. At one point, it was adopted by competitors’ Android devices, but with recent Android devices, there is a punch hole type that leaves the in-camera in front and covers the surroundings with a display, and an under-camera with a built-in in-camera at the bottom of the screen. We have shifted to the display type.

The epicenter of this rumor is a tweet from ice universe, a well-established leaker (a person who sends influential information about unreleased products). The iPhone 13 still retains the notch, but is said to be slightly smaller.

The width of the notch is easy to see, but he adds a rough sketch to show that “the height is reduced and the notch is shallower.”

Regarding the size of the notch, there was a rumor that the iPhone 12 series (provisional), which will be released soon, will be significantly smaller at the beginning . However, the photos of dummy models, etc. that leak out one after another only increase the possibility of “not shrinking”. Meanwhile, analysts predicted that only the iPhone 12 mini, which has a slightly smaller size of 5.4 inches, might be smaller .

Regarding the notch of iPhone 13, there was a leak of a dummy model indicating that it may be abolished, and there have been rumors that it will be removed together with Face ID with the adoption of the screen-embedded Touch ID . Of these, the latter may seem unrealistic to Apple, which emphasizes that Face ID outperforms Touch ID in terms of security, but it may be a sign of growing dissatisfaction with the notch among users.

Regarding the screen specifications of the iPhone 13 Pro series, it is expected that the 120Hz display, which is likely to be forgotten, will finally be realized in this year’s iPhone 12 . For those who expect an improvement in screen occupancy by reducing the notch and a smooth display and quick response at 120Hz, there seems to be an option to wait for a while this year.