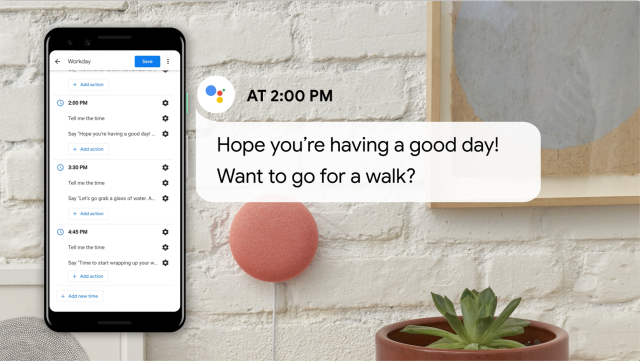 Google has announced that it will add a new routine to the Google Assistant as a feature to assist in remote work.

The Google Assistant’s routine is to perform a series of actions such as weather forecast, today’s schedule, traffic information on commuting routes, etc. according to words such as “Good morning” Good night “. You can also create your own customized routines.

Newly added is a routine called WorkDay, where you can set actions such as encouraging you to get up at 10am Monday to Friday or recommending drinking water at 3pm.

You can also play music during the start and end hours, and it has features such as the family bell telecommuting version that became available in the English-speaking world in August.

This feature will be available in English later this week.

In addition, the fade-in / fade-out feature, which was previously available only on Philips Hue, will be rolled out to all smart lights. This is a function that when you instruct “Fade out the light at 10 pm”, it gradually darkens over 30 minutes toward the specified time. The fade-in will also gradually brighten.

Regarding this, the announcement does not mention the binding of only English. However, although the English help has already been updated, the Japanese help page still only mentions Philips Hue.

I would like to expect that it will be available in Japanese as well, because it seems to be useful.