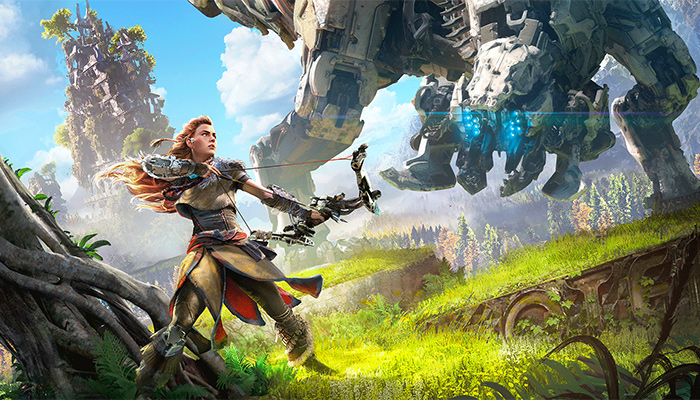 Sony game console owners can now download the Horizon Zero Dawn Complete Edition. This is one of the most impressive games released for the PlayStation 4 and is available for free download, as part of the Play At Home venture.

The version offered for download is Complete Edition which includes the expansion The Frozen Wilds that takes place in the frozen regions of the game world. Along with the base version of the game it gives players dozens of hours of fun in a post-apocalyptic open world where humans no longer control technology and are forced to live alongside giant dinosaur-like robots.

As mentioned, this is one of the most successful titles for PlayStation 4, which received an average score of 89 out of 100 on the Meta-Critique website .

It’s not just about that. Until April 23, players will be able to download the games for free: Abzû, an experiential game from the creators of Journey in which they explore the depths; Enter the Gungeon, a fast and chaotic dungeon exploration game; Rez Infinite, which combines shooting game and rhythm game; Subnautica, an underwater adventure game and The Witness, a thinking game in which the player is stuck on an island in an open world with over 500 different environmental puzzles.

PlayStation VR players can download the Astro Bot Rescue Mission, in which platform clips must be passed in order to save all the little astro robots. Alongside Moss, another acclaimed game that combines adventure and action sequences that should help Mouse Quill explore the forests on a journey following ancient magic; Thumper, plays at a fast and unique pace thanks to a combination of elements of horror game; And Paper Beast, an experiential game from the creator of the classic title Another World, which introduces the player to a new and wonderful world filled with paper animals.

Note that all games are also available for download for PlayStation 5 owners through the backward compatibility of the console and after downloading the games, they will remain in the user account and access to them will not be blocked. This is truly a gift, with no time limit – the only condition is to redeem the download during the eligibility period.