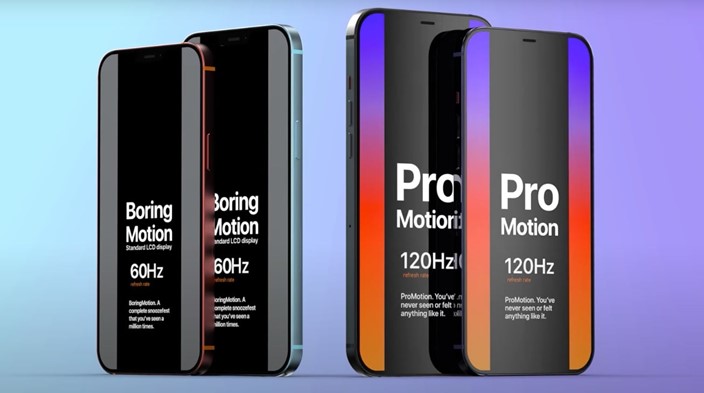 Future versions of the iPhone may bring a major update in relation to the screen . Two recent patent applications revealed that Apple is working on models that can dynamically switch refresh rates

According to the information, the displays will have variations between 60 Hz, 120 Hz and 240 Hz. The result will be a remarkably improved scroll, better responsiveness and “smoother movement content”.

The most recent patent application was registered as “Systems and methods for frame detection and adaptive detection control”. Then, the project description provides relevant information.

Depending on the document, the display may have one or more display frames with visual representations. This refers to the graphical interface of the operating system, applications, still images or video content.

Novelty should not reach the iPhone 13
The information feeds the old rumors that the Pro version of the iPhone 13 will have a 120 Hz ProMotion screen capable of dynamically changing refresh rates. The feature would be used especially to save the device’s battery .

Due to the time that Apple is taking to show the display with 120 Hz, the brand should not be in a hurry to reveal the dynamic model with 240 Hz. Therefore, it is possible that the novelty will only appear in future versions of the smartphone .

Although it was not made official by the brand, the iPhone 13 is expected to be launched in the second half of 2021.