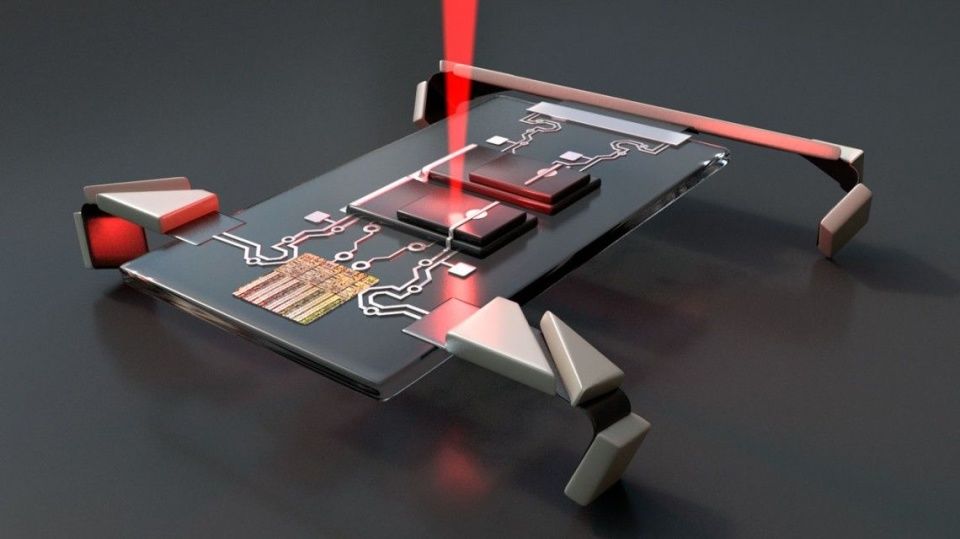 Researchers at Cornell University have announced a microwalking robot that operates by irradiating laser light and can be delivered anywhere in the human body.

The legs are coated with an inert titanium film on one side of a platinum piece with a thickness of several tens of atoms using atomic layer deposition and photolithography technology. When a positive charge is applied to this, negative ions from the surrounding solution gather on the platinum surface and try to equilibrate the electrification, but at that time platinum expands and acts to bend the legs.

Researchers also placed a patterned hard polymer on the legs to allow the polymer to bend like a joint.

To move the robot, a laser pulse is used to irradiate the photomotive part of the robot. By controlling the irradiation position of the pulse, it is possible to move any leg.

“This robot has only primitive functions, but by realizing a manufacturing method compatible with general semiconductor chips, in the future it will be possible to use the body part of the robot as a chip and have advanced calculation processing. It makes it possible, “said Itai Cohen, a professor of physics at Cornell University and one of the leaders of the research team.

The same manufacturing method as semiconductors means that mass production is possible using the already established method. Researchers are thinking of a future that can take advantage of its very small advantages, such as injecting it into human blood vessels to remove vascular plaques and examining the inside of the gray matter where neuronal cell bodies gather. I will.

People and submersibles cannot be made smaller, but robots that swim in the human body and head toward the brain , as in the movie ” Fantastic Voyage “, may eventually be realized.