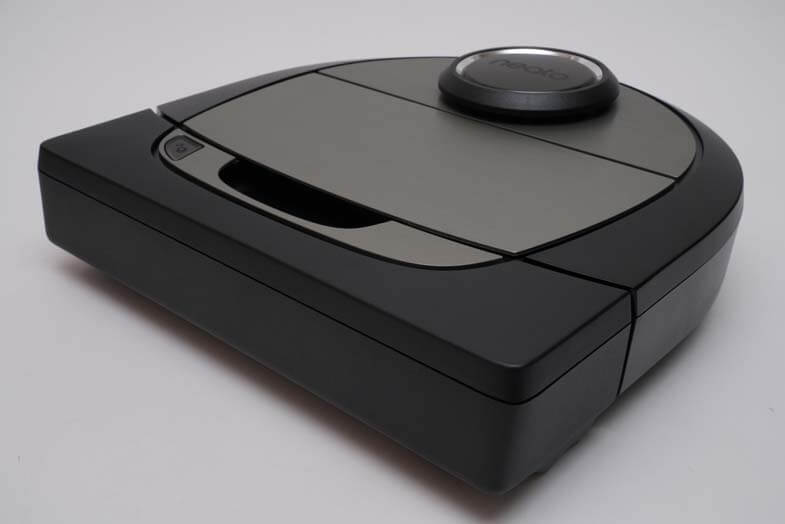 On January 31, Neato Robotics released its top-of-the-line robot vacuum cleaner model, “Botvac D7 Connected” (99,000 yen). Rumba also announced the “ Rumba S9 + ” announced on February 19, adopting a “ D-shaped ” body that is easy to catch the trash in the room, but Neato from the lowest price D3, D4, D5, We have consistently adopted D-shaped shapes up to D6 and this time Botvac D7 Connected. Now that we have received this product, we will send you a real machine review.

Botvac D7 Connected is, as mentioned above, the top model of Neato’s robot vacuum. “LaserSmart technology” is adopted to scan the entire house even in the dark to create a map and efficiently clean every corner.

▲ Thanks to the D-shaped body, the garbage in the room can be captured properly.

▲ As you can see on the map, the wall behind the table where Botvac D7 Connected could not enter was recognized. In some places, the contours of the walls are slightly off, but the mapping with LaserSmart technology is pretty accurate.

“Zone cleaning” is a function that is installed only in the top model. By setting a specific place in the house as a zone, it is possible to clean only that room. If you register each room as a zone, you can clean frequently used rooms frequently, and even if you eat and scatter sweets, you can immediately clean it.

▲ Zone cleaning is a function only for the top model D7.

The basic design of the body has not changed much. The major changes are the adoption of a dark silver color on the top and the addition of “Wi-Fi LED” and “Battery LED”, as well as “House cleaning LED” and “Spot cleaning LED”. But basically, you’ll see the status on your smartphone, so I think it doesn’t make much sense to add more LEDs.

The major evolutionary points of hardware that you can’t tell from the appearance are that Wi-Fi is compatible with both 2.4GHz and 5GHz, and that battery operation time has been extended to 120 minutes. This means that it has increased twice from D3 and 1.5 times from D4. It has the same battery operating time as the “Rumba S9 +” with an actual price of 186,780 yen, so it seems to work without getting stuck even in a large house.

▲ The top of the main unit. The part with the logo is the laser cover.

▲ Body bottom. At the bottom left of the main brush is a side brush that catches dirt near the wall.

■ Efficient cleaning, but some garbage

Well, I actually tried using Botvac D7 Connected, but I was able to confirm the efficient movement. As you can see from the two videos below, it’s obvious at first glance, after cleaning the perimeter of the room, you will go back and forth throughout it. If you avoid cables, you won’t get stuck. In the video below, the table leg and the chair leg, which I leaned against, slightly caught me, but I returned and returned.

This time, instead of the garbage, I cut the wool and origami finely and scattered them on the floor, but the origami still remained on the floor. It seems that I couldn’t absorb about 1/4 sensuously. Thin paper for flooring is strictly demanding. If the origami is on a carpet, I think the result was different again.

▲ This time I laid the wool and origami on the floor …

▲ The origami has left quite a bit. It seems that thin paper on flooring is not good.

▲ But most of the garbage has been absorbed.

▲ Collect the remaining garbage quickly with a trash removal roller.

Roomba S9 + is 186,780 yen, Botvac D7 Connected is 99,000 yen, and there is a big difference in actual selling price. That said, the Rumba S9 + comes with an automatic garbage collector that can hold up to 30 dust bins of trash, and there may be differences between the two in terms of garbage suction power when compared strictly. .

However, as long as I actually tried Botvac D7 Connected this time, the suction power of this product is also at a satisfactory level, at least for real garbage on the flooring. If you want an affordable robot vacuum with a D-shape, the Botvac D7 Connected is an attractive option.

▲ If you use Google Assistant, you can perform cleaning by voice. Unfortunately, Amazon Alexa only supports English-speaking countries. Japanese correspondence is awaited.