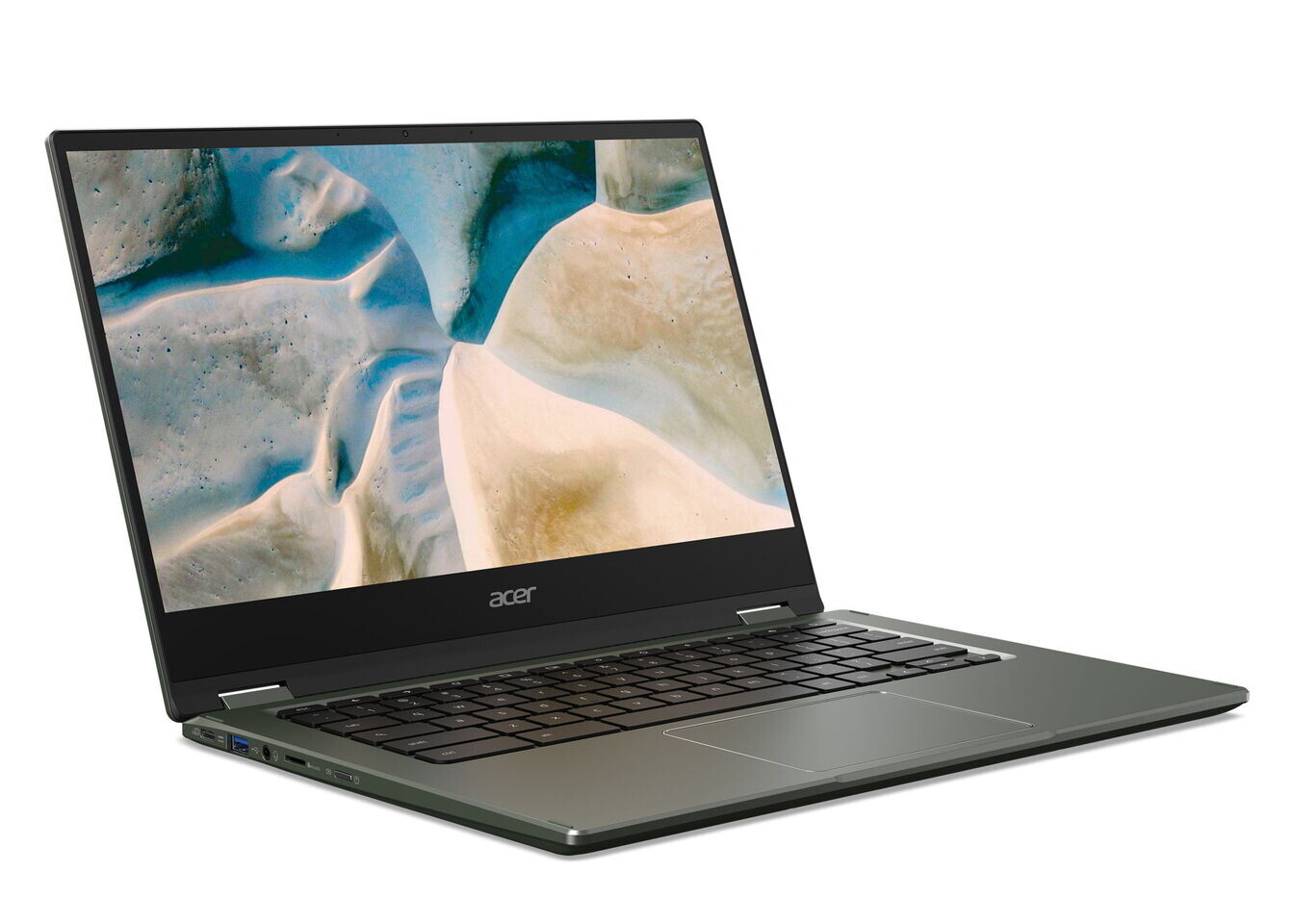 The multinational Acer presents this Thursday (7) its new  Chromebook Spin 514, now equipped with processors from the Ryzen 3000 C series and integrated graphics Vega Radeon. The announcement marks the arrival of the company’s first Chromebook with AMD processors, announced in late 2020, focusing on performance and portability.

The Chromebook Spin 514 has different configuration possibilities, starring the Ryzen 5 3500C or Ryzen 7 3700C as processors, with up to 16 GB of  DDR4 RAM and 256 GB of storage – entitled to NVME technology in the most powerful configuration. The entire set must be powered by a  battery of up to 10 hours in duration, according to Acer.

The visual presentation of the Chromebook Spin 514 is due to its 14 “FHD screen, Gorilla Glass 3 protection and thin edges. The model can still be” folded “to be used as a tablet, thanks to its 360 ° rotation hinge. Robust, it has MIL-STD 810H certification, which guarantees military resistance against impacts and other accidents.

For your connectivity, the Chromebook Spin 514 has two USB-C 3.2 ports, two traditional USB ports and a headphone jack. In addition to the standard set, it is possible to find microSD and HDMI card readers  in the most complete models, called Enterprise.

The Chromebook Spin 514 will hit the market in February this year, with suggested prices starting at $ 479 for base models and $ 749 for Enterprise models (about R $ 2600 and R $ 4000, respectively, in direct conversion). It will have three color options, being ‘Pure Silver’ , ‘Steel Gray’ and ‘Mist Green’  and has not yet arrived in Brazil.